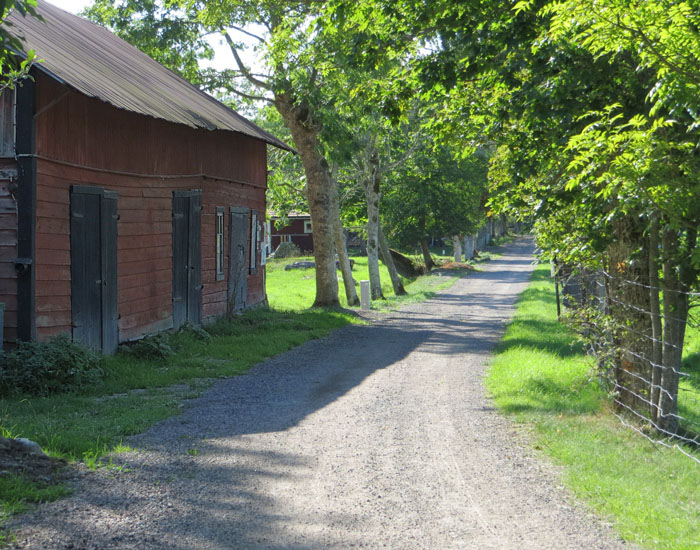 This is the cowhouse and stable at the old Östanvik market garden. When I was a kid in the 1950s, it was run by the gardener Knut Sandström. Here he had his horse and 2 or 3 cows. The cows produced milk - not only for his own family's needs but also for selling to people summertime living in the neighbourhood. 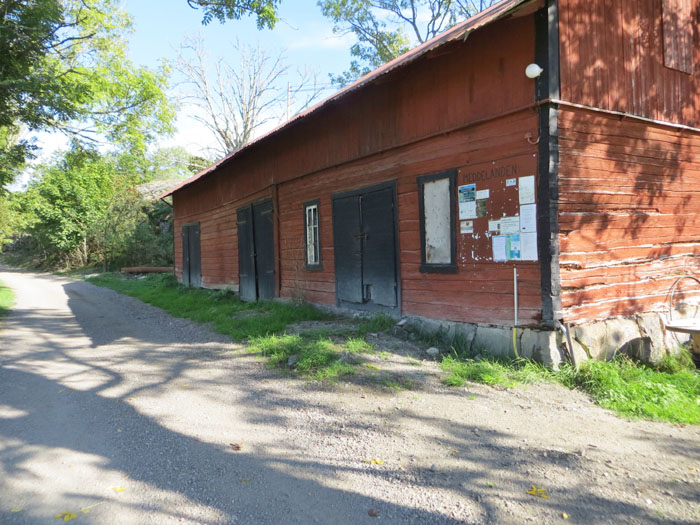 This barn was built after the winter 1884/85. Its position by the road, possibly implies that it was originally meant for horses, because there is a ruin of an even older barn from 1863/64 some 170 meters towards SouthWest. That older barn was apparently found too small for the farm at that time. Otherwise the barn of 1885 had never been built.

In old times, before 1860, the whole island was run as one big farm - an estate. After 1860 the island was divided into four farms: Östanvik, Västanvik, Västerängen and Västerby. Östanvik was later (1910) sold to a shoe manufacturer, Gustaf Pott who established new farm buildings at a place some 600 metres NorthEast of this place. After Pott's death in 1937, several pieces of land were cut off from the Östanvik farm. One of these pieces was the garden with barns which Knut Sandström bought.

As said above, there were already four farms on the island at this time. Each of them with a few cows, one or two horses and some sheep and one or two pigs. Main products were milk, butter, eggs, vegetables, some grains and some fire wood and the renting out of houses to people from Stockholm for living here in summertime when schools were closed.

So when Knut Sandström bought this land, he got only the garden and the two cow houses but no large farming land for grains or for any significant milk production. He had only his large garden where he started to grow strawberries, raspberry, carrots, potatoes, beetroots, plums and apples and certainly more things than I remember. With two cows he could also produce milk enough for his family and for summertime selling to neighbours. Hey for his animals was harvested from abandoned mowing-fields elsewhere, partly on the other side of the island. The hey was then saved within the barn showed on these photos.

Later, when a winter storm ripped off the roof of the other barn, that somewhat older barn was abandoned - it was not needed as Knut Sandström had only few animals. 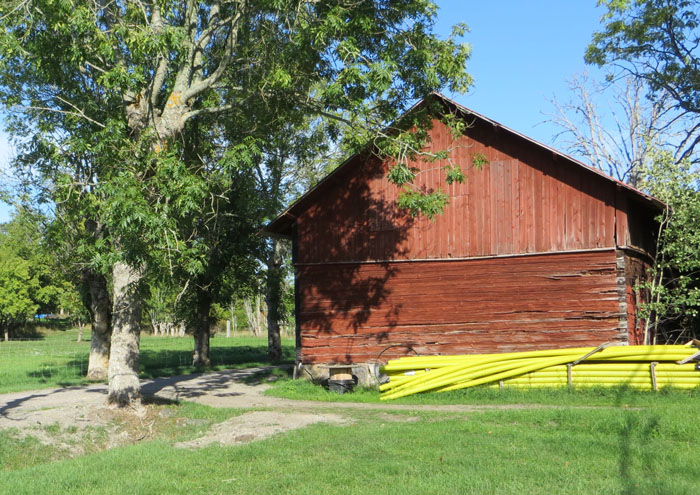 Anyhow he had this barn left for his cows and his horse. The timbered part of the barn is 7.5 by 7.5 metres and a height of 2.5 metres created by 13 layers of timber. On top of that is a 4 metres high roof. The barn has been lengthened with a 10 metres long shed.

First samples were tried inside the barn but found too much eaten by insects to make more than few measurable cores. 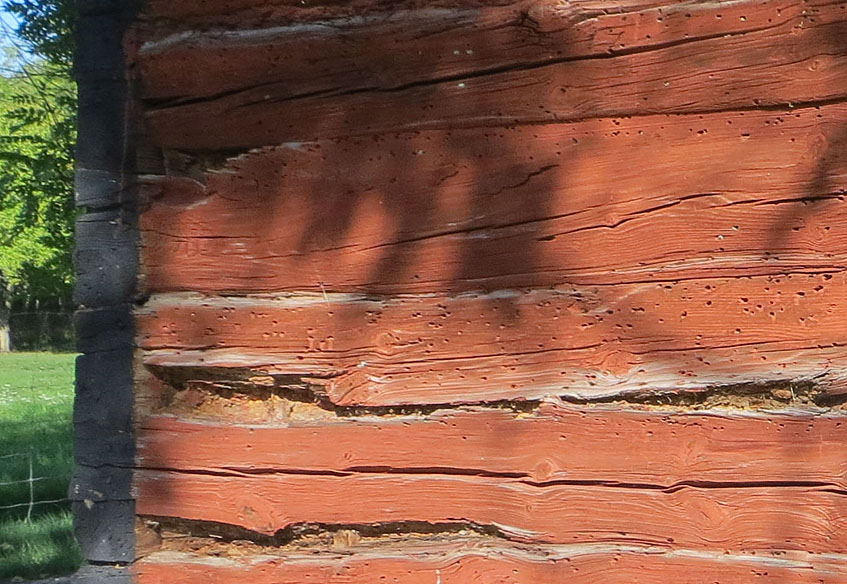 Also the outside of the barn towards SouthWest was in bad condition. 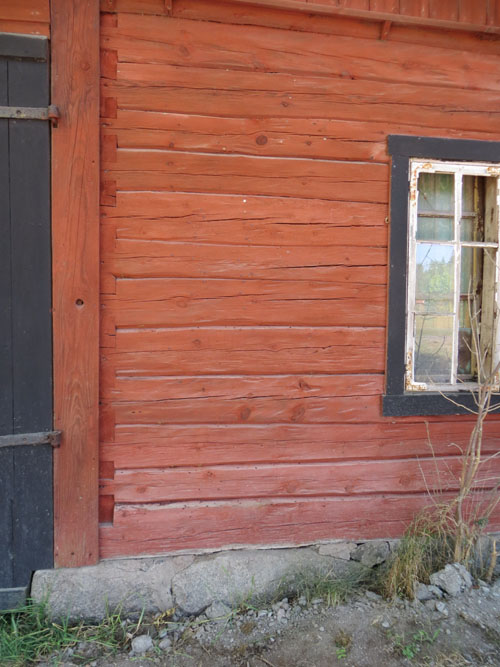 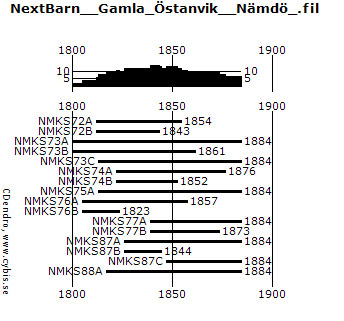 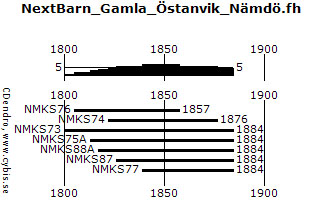 The match between a mean value treering curve from the barn gives correlation values of cc=0.82, T=13.0 towards the ITRDB swed302(Namdo) collection for the year 1884 as shown above. A T-value that high means a very confident dating!
A file with all measurement data is available as a Heidelberg formatted file.